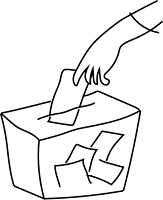 If we believe the exit polls, probably a significant proportion of the 52% who voted "leave" in June 2016 have died now.  It was the Boomers+ who mainly voted to leave.  Well, I must point out I'm a 66 year-old Boomer-Remainer and know very few Brexiteers even amongst my age group.  Just so we're clear about who I am.  I buck the trend a little. I guess that's down to the circles I move in: people who speak other languages, academics, writers and people who sing in choirs.

The polls also tell us that many young people who are now old enough to vote would vote Remain.
How far are we now between 48% and 52%?

A referendum differs anyway from an election. If an election came out with that split, the opinions of the 48% are still represented by the MPs who sit in parliament. Stupid decisions can be reversed. The referendum is an irreversible yes or no on a single issue and it strikes me as foolhardy to make such a dramatic change on such a narrow margin.  It screams "find a third way".  My suggestion is stay in the EU but address all of the problems the Leavers perceived. Some of these, of course, were totally unfounded; there is no £350,000,000 a week available for the NHS, we always did have sovereignty and the NHS actually benefits because of immigrants.  I have already written about similar issues elsewhere on this blog.

A lot of people who live, work and pay taxes here weren't allowed to vote. The world hasn't got this right yet.  In my opinion, expats should be allowed to vote either in their country of residence, in the country where they pay taxes or the country where they were born, or split their voting rights proportionally across these places. I have similar concerns about taxation.  Yes, there are reciprocal agreements so you can choose to be taxed where you are domiciled yet we rage against the multinationals that choose not to be domiciled in our country.  I actually think I should pay a little tax to the US. Their fire-fighters would put out the fires in the Amazon offices and thereby protect my interests. Again, it should be proportional and I should get the same proportion of voting rights. Maybe I'd have even had a little say in the latest presidential elections. Goodness, if such an international law existed, the US might have had a female president.  Now add those who live and work here but couldn't vote to the 48% - is it already 50 / 50?

There are those who have changed their mind, those who were having a go at Cameron, those who did not realise that we need our current - or June 2016 - level of net migration to support our welfare state. It does not undermine it. Are we already 51 / 49?

Then there are those who believed the lies. Okay so that old joke: how can you tell when a politician is lying – his mouth is moving. "It's normal," some say. "We were duped. Our bad luck." Well we all have to learn how to understand critically what a politician says for even if s/he tries to talk without bias he / she will have a bias. The lies this time though were blatant and huge and the consequences of the decision taken as a result life-changing and irreversible. 52/48?

There is a little light, and I think social media helped. Madam May tried to bring into effect something akin to the Enabling Act that gave Hitler a lot of power.  At least our MPS had the guts to throw this one out.

I hope they will also have the guts to stand up to May or any other Tory – and in fact Cameron was the first to bring this up – who tries to tinker with Human Rights. And that is one of the most worrying aspects of losing the protection of EU laws and the European court.

Let's hope that they know what is right and will have the guts to act on that. They have been democratically elected to look after our best interests.
Posted by Gill James at 12:44 No comments: 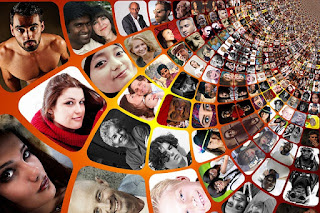 "fear of the unfamiliar" (Webster's)

I own a few properties. My agent contacted me about one recently. "I've found a really good tenant, but he won't pass a credit check."

"He's every right to live and work here at the moment. He's EU."

"Okay. So what's the problem?"

"He only has a reference from a foreign landlord. Our credit-checking agency won't accept that.  But I've looked at his bank accounts and this reference is immaculate."

This makes me wonder whether we've actually ever really been in the EU. Haven't we always rather only taken on board what suits us? Trusting another EU landlord obviously doesn't.

Why not? And is xenophobia the answer?

To say someone is xenophobic seems to be accusing them of being nasty. But any phobia is an involuntary response to something. I'm personally not at all xenophobic about anything or anyone European – I know them so well. But I find myself wary of other cultures, even though I try to talk myself out of it, so can to some extent understand this credit agency.

We have to make an effort, though, don't we? If we can't cope with other Europeans, who in the end are more like us than many others, how are we going to secure all these wonderful new deals all over the world?
Language may well be a factor but the Chinese don't all speak English, do they? I always feel slightly uneasy in the US – less so in Canada – because the culture is more different from our own than we'd believe. This isn't entirely mitigated by the fact that we use a very similar language.
So what should we do about this xenophobia? Admit we have it, work to overcome it, think of strangers as friends we've not met yet and gradually exchange experience. I have vague memories of being that way with my friends on the mainland a while ago and certainly I taught my students this process.